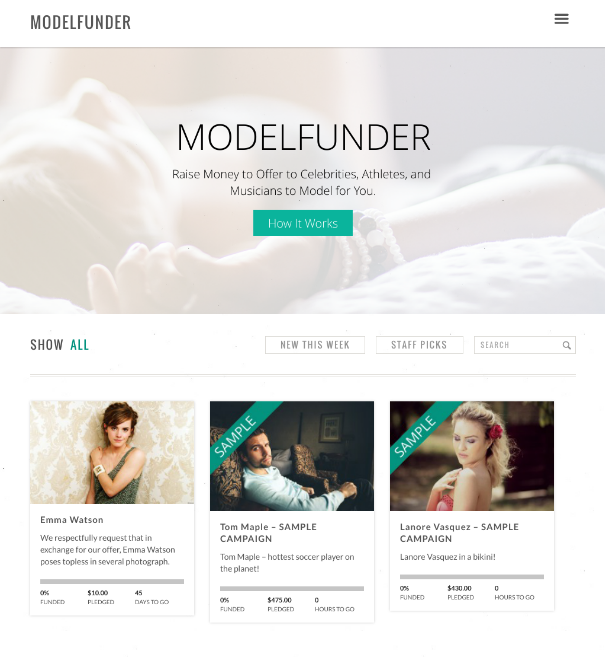 Convince Your Favorite Celebrities to Model for You. Playboy for the 21st Century

ModelFunder--a crowdfunding website that allows ordinary people to request celebrities, athletes, and musicians to pose for a photoshoot. Users create a campaign to raise money for the model of their choice in exchange for the model sharing photos.

For decades the magazine industry and online media corporations have been the gatekeepers for celebrity photoshoots. For the most part, the only option for the general public to see their favorite celebrities pose has been to simply hope that their celebrity would appear in a magazine or website. And even if celebrities have a social media presence, they almost never pose in the way that the general public wants. As result, a black market has been created, giving incentives to hackers and paparazzi to illegally obtain images of celebrities and then to publish them without any compensation to the celebrity.


ModelFunder takes the power from the traditional players and gives it back to the public and the celebrity. Now the people, rather than companies, will be able to use their voice to let celebrities know when and how they want to see them in photographs. As part of our mission, we promise to never accept any photographs from hackers, paparazzi or any third parties. We will only work with the celebrity, giving them the opportunity, just compensation and choice to work with the community directly.

We all wish we could ask our favorite celebrity to model for us. Well, the people have just found their voice. 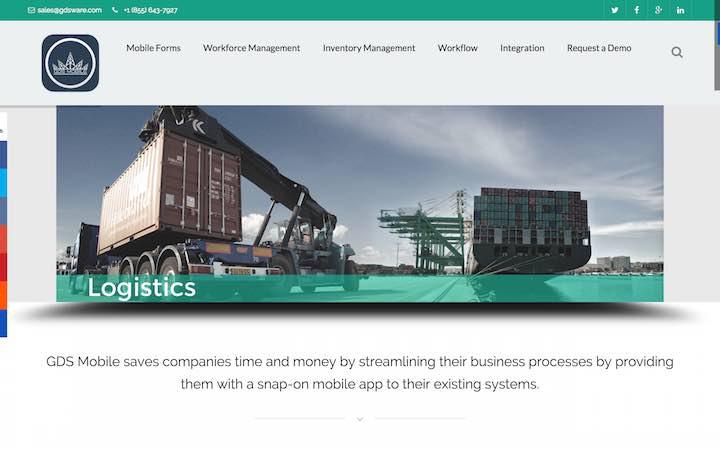 The enterprise mobility app that didn't come with your ERP 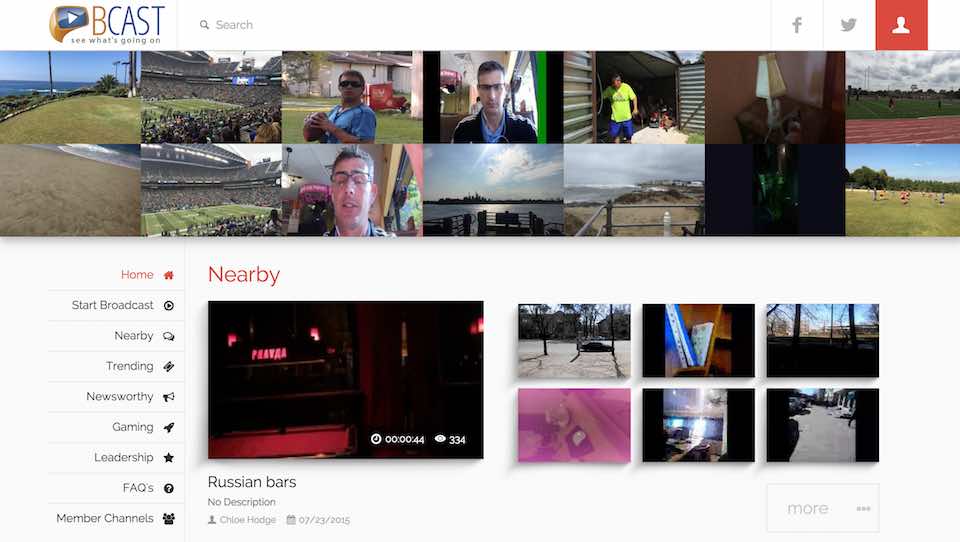