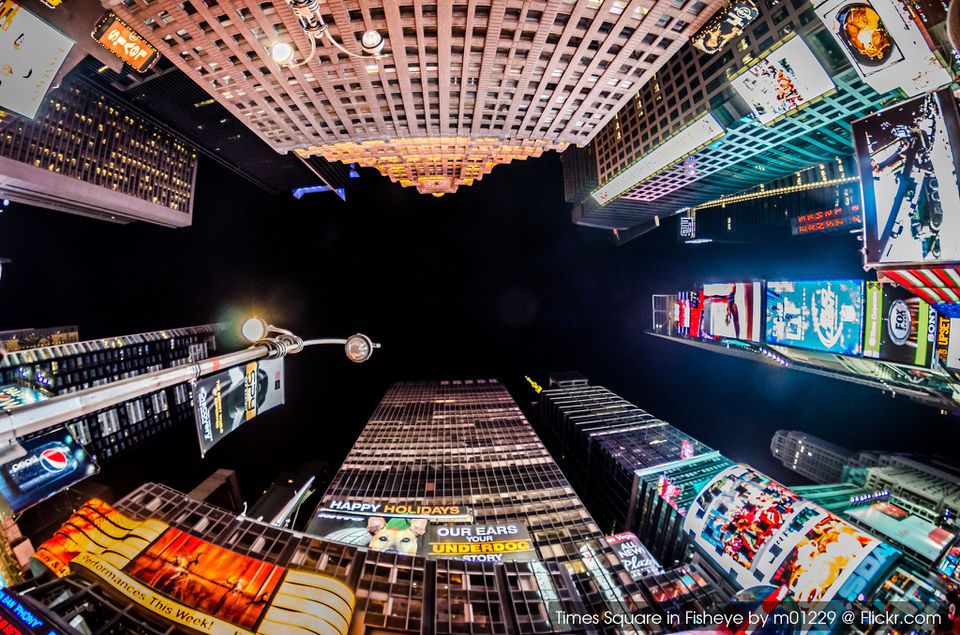 It’s no wonder that the liveliest startups can be found in The City That Never Sleeps. Having secured its spot among the top startup environments in 2015, New York City is the place to go if you want to be inspired to start something yourself. Requests for funding are the most revealing info for the startup hotspots of the world. When the data for the second quarter of 2015 came in, some results were a foregone conclusion. Like the fact that the United States is still the undisputed startup empire: American startups accounted for 62.5% of global funding applications. In the dust cloud behind the American SUV, ringing their bicycle bells, there are India (6.9%), France (4.5%) and Canada (4.5%). (The dark horse to look out for? Australia. Tiny, but with a 108% increase.)

OK, that’s nothing new. What’s new is that New York is the hot startup city this year. When we first heard of Silicon Alley, it sounded like a ridiculous copy of the West Coast miracle. Nobody’s laughing now. New York City has a whopping 4% lead in funding requests over Californian startups. Ranked second on the 2015 Startup Genome list of top startup ecosystems, it might be the best environment for up-and-coming entrepreneurs.

So what’s new in New York? Let’s take a look at some of the promising Big Apple startups that made a name for themselves in 2015.

It’s a classical case of “why haven’t I thought of that”. In other words, a great startup idea. I mean, is there a man alive who hasn’t been horrified by the astronomic prices of razors? Well, these guys decided to do something about it. As they say on their funny “about us” page: “By selling directly to you online, we’re able to shave away the excess.” They raised $75 million this year, with all the males of the planet rooting for them.

Read Next:   Could You Be a Victim of Click Fraud? Here Are 3 Ways to Know

After a male-only startup, it’s only fair to present this interesting women-oriented startup. MOGUL is a global platform with trendy content for women. The idea is for women to learn from one another, since they can upvote or downvote its videos, articles and discussions, promoting the contents they like. Its founder and CEO Tiffany Pham is definitely someone to look up to: she learned Ruby on Rails and coded the first version of MOGUL herself.

It was in 2014 that Flatiron Health announced it would fight cancer with big data. This health care tech startup is a cloud platform collecting data from cancer clinics all over the world. This summer it joined forces with another startup, Guardant Health, which created a new and efficient method of screening for cancer in blood. By next year, they’ll have a joint platform and start negotiating with the pharmaceutical industry. With 14 million people in the world diagnosed for cancer each year, they have a steady customer base.

Like Harry’s, this is a simple but powerful idea: massages on demand. You can go online and book a licensed massage therapist whenever you like (except between 10:30 PM and 8 AM). Since their services are mostly required in the evening, they stay on the safe side: you must identify yourself and you can’t pick therapists based on their looks. At least you can choose whether you prefer them to be male or female. This year, the dining reservation company has bought three other startups making reservation apps, guest management tools and dinner check splitting apps. It’s not surprising they’re building muscle, since there is cutthroat competition in the segment of dining reservation apps. The “dining concierge”, as they call themselves, or the “Uber for restaurants”, as others call them since they were the first startup to come out of Uber’s Expa studio, might introduce a whole new way of eating at restaurants, especially at fancier places. For example, guests can bid for tables, offering to pay more than the menu prices.

Read Next:   Motil: the all-in-one platform for entrepreneurs, business owners, and creators

After a successful Kickstarter campaign, 23-inch high-definition screens have been shipped to buyers. They are digital canvases that work like a picture frame, displaying internet art in high resolution. The screens are controlled by a web app that lets you choose images online. It’s another idea that resulted from an actual need of its creator: Electric Objects’ CEO Jake Levine wanted to have customized and changeable works of art on the walls of his apartment, so he found a way to realize his wish.

Well, who knows? Maybe none of them will be around in 2016. But they are only a tiny fraction of the vibrant startup scene in New York City.